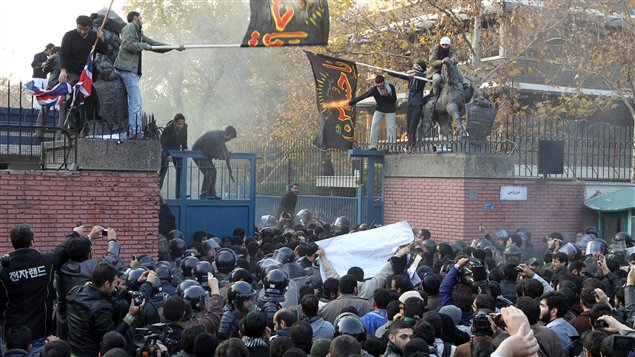 Liam Fox, Adam Werritty, and the curious case of Our Man in Tel Aviv
This odd trio met six times - not that the Government wants you to know that, of course. What did they discuss? Did it include Iran? And who exactly is Adam Werritty? Brian Brady investigates a Whitehall mystery which is slowly unravelling
Brian Brady

They were the Odd Couple: the men with identical morning suits, matching jackets and jeans but from radically different generations. They commanded more column inches than any X Factor wannabe. The Mysterious Case of the Defence Secretary and the Strange Bloke with the Cheap Business Card gripped us all, until it culminated in Liam Fox's resignation.

What on earth had they been up to, the nation wondered. The plot thickened somewhat when an official inquiry confirmed that the curious duo was in fact, at times, a trio. They had had two meetings with Matthew Gould, Britain's ambassador to Israel, adding to claims that they were running a pirate (pro-Israel, or anti-Iranian?) foreign policy. Then, before we had got to know Adam Werritty properly, it all went quiet.

He has not been seen in the UK or abroad for several months; no neighbour has reported his presence at any of the various addresses unearthed when he was being sought by every news outlet in the country.

However, the trail has not gone cold because it emerges that Liam Fox and his adviser met Britain's ambassador at least four times more than was previously admitted. So why were we not told this before? Isn't this yet more evidence that they were operating outside the control of the Foreign Office?

The fog seems to extend even to the Cabinet Secretary, Sir Gus O'Donnell, whose report into the affair, which sealed Dr Fox's fate, identified just the two meetings between the former minister, Mr Werritty and Mr Gould.

The three men met in Tel Aviv at "a private dinner with senior Israelis" and, before Mr Gould took up the ambassador's post in Tel Aviv, for "a general discussion of international defence and security matters". Sir Gus observed that Mr Werritty was invited "as an individual with some experience in these matters".

Even this was a bit unsatisfactory, said Sir Gus. His report highlighted the September 2010 meeting in the UK with Mr Gould, then the UK ambassador-designate to Israel, ruling that "as a private citizen, with no official locus, it was not appropriate for Mr Werritty to have attended this meeting".

Yet it has been left to the former UK ambassador Craig Murray to uncover four more similar meetings – although Sir Gus claimed last week that "some of those ... took place before the election".

The suspicion of even more secret meetings, an inquiry which did not cover all the ground and the spectre of a favourite bogeyman is a gift to conspiracy theorists. However there are legitimate questions to be answered. The IoS revealed last month that Mr Werritty had visited Iran on several occasions and was so highly regarded by the Israeli intelligence service Mossad that he was able to arrange meetings at the highest levels of the Israeli government.

The disclosure that he – and Dr Fox – had met Britain's most senior official in Israel on more occasions than previously thought underlines their interest in the region.

The Labour MP Paul Flynn questioned why the official inquiry into the Fox affair had failed to investigate all the activities of Mr Werritty. He asked the Cabinet Secretary, during his appearance before the Public Administration Select Committee: "Are you satisfied that you missed out on the extra four meetings that took place, and does this not mean that those meetings should have been investigated because of the nature of Mr Werritty's interests?"

The accusation was not received well. Sir Gus rejected any criticism of his work, noting instead that: "If you look at some of those meetings, some people are referring to meetings that took place before the election." Mr Murray, however, has established that there have been at least five meetings altogether since the election and one beforehand.

Craig Murray submitted a Freedom of Information request to the Foreign Office very late one night last week, asking for all communications between Mr Gould and Mr Werritty; barely an hour later, he received a rejection, explaining that his request was "likely to exceed the cost limit". Given that Freedom of Information requests normally take at least a fortnight to be answered, the swift, late-night reaction has done nothing to douse suspicions.

"It is plainly nonsense that to gather correspondence between two named individuals would be too expensive," Mr Murray said. "They could just ask Gould."

The Foreign Office remains nonplussed by questions about Mr Gould's conduct. "The FCO has total confidence that Matthew Gould has acted appropriately at all times and at no stage was he acting independently, or out of line with government policy," a spokesman said yesterday.

Clearly not satisfied with the efforts of Sir Gus and his attempts to question him last week, Paul Flynn is calling for a wider investigation. He said: "Witnesses before a select committee have said that the inquiry into the Werritty affair was rushed and inadequate, and possibly in breach of the ministerial code as it was not conducted by the only person who is the enforcer of the code: the independent adviser on ministerial affairs [Sir Philip Mawer].

"As the inquiry was conducted for reasons of political expediency to avoid embarrassment for the Government, and as new evidence is available, should we not have a full legitimate inquiry conducted by Sir Philip?"

The demand has, so far, received a response that would make Sir Gus's reaction seem enthusiastic